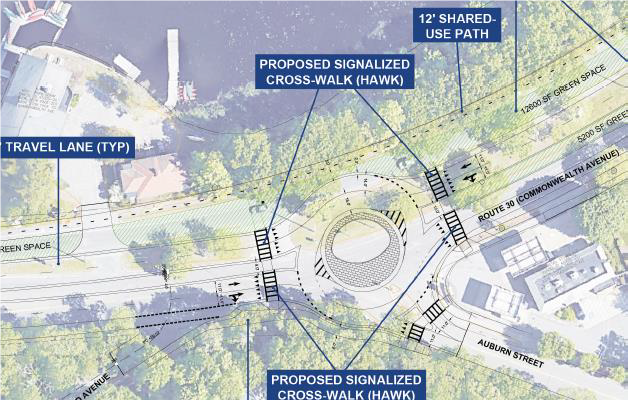 Bike Newton invites you to attend this important City of Newton Public Information Session presented by Nicole Freedman, the Director of Transportation Planning for the City of Newton.  She will review the MassDOT proposed improvements for the intersection of  Auburn St. and Commonwealth Ave., which includes a new separated bike lane.  There are several designs being proposed; the Steering Committee of Bike Newton is in favor of the one pictured above, the "Modern Roundabout". •  Learn about a proposal by MassDOT to reconstruct the intersection of Auburn Street at Commonwealth Avenue. •  The work is part of MassDOT’s reconstruction of the bridge over the […]